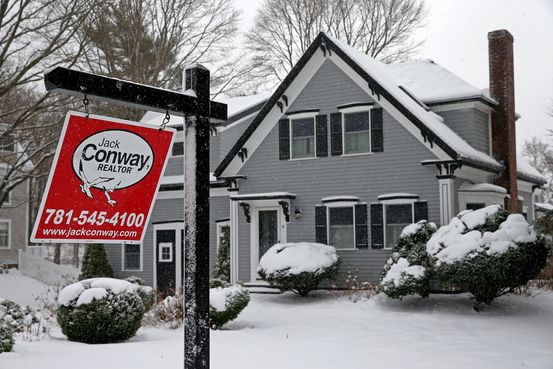 Home-price growth accelerated in December, as the number of homes on the market continued to decline.

The S&P CoreLogic Case-Shiller National Home Price Index, which measures average home prices in major metropolitan areas across the nation, rose 10.4% in the year that ended in December, up from a 9.5% annual rate the prior month. December marked the highest annual rate of price growth since January 2014.

House-buying demand has surged in recent months, driven by record-low interest rates. Sales of previously owned homes, which make up the bulk of the housing market, rose in 2020 to their highest annual level since 2006, according to the National Association of Realtors.

The supply of homes for sale has dropped, prompting buyers to compete for houses and buoying prices. There were 1.07 million homes for sale at the end of December, down 23% from December 2019, according to NAR.

Bond-Market Tumult Puts ‘Lower for Longer’ in the Crosshairs