Months after a burst of optimism about the potential for technology to help track the spread of Covid-19, a hodgepodge of mobile phone apps around the U.S. has yielded unclear results amid inconsistent policies and usage.

Ten states and Washington, D.C., have launched apps that notify users of exposure to infected people through a development framework built by

Google and Apple Inc. Eleven more are either piloting or building such tools.

But the lack of a national strategy—unlike in many European countries that have adopted such apps—adds a hurdle to making sure the tools work across state lines as case counts tick upward, tech and public health experts say.

“If you’re going to have a lot of jurisdictional boundaries that cut through this, it will naturally make the system less effective,” said Eric Rescorla, chief technology officer of Mozilla Corp.’s Firefox web browser.

Advances in the Bluetooth-based Google-Apple system in recent months have reduced the cost for states to opt in, and created a central server to store anonymized markers of positive tests for when phones cross state lines. 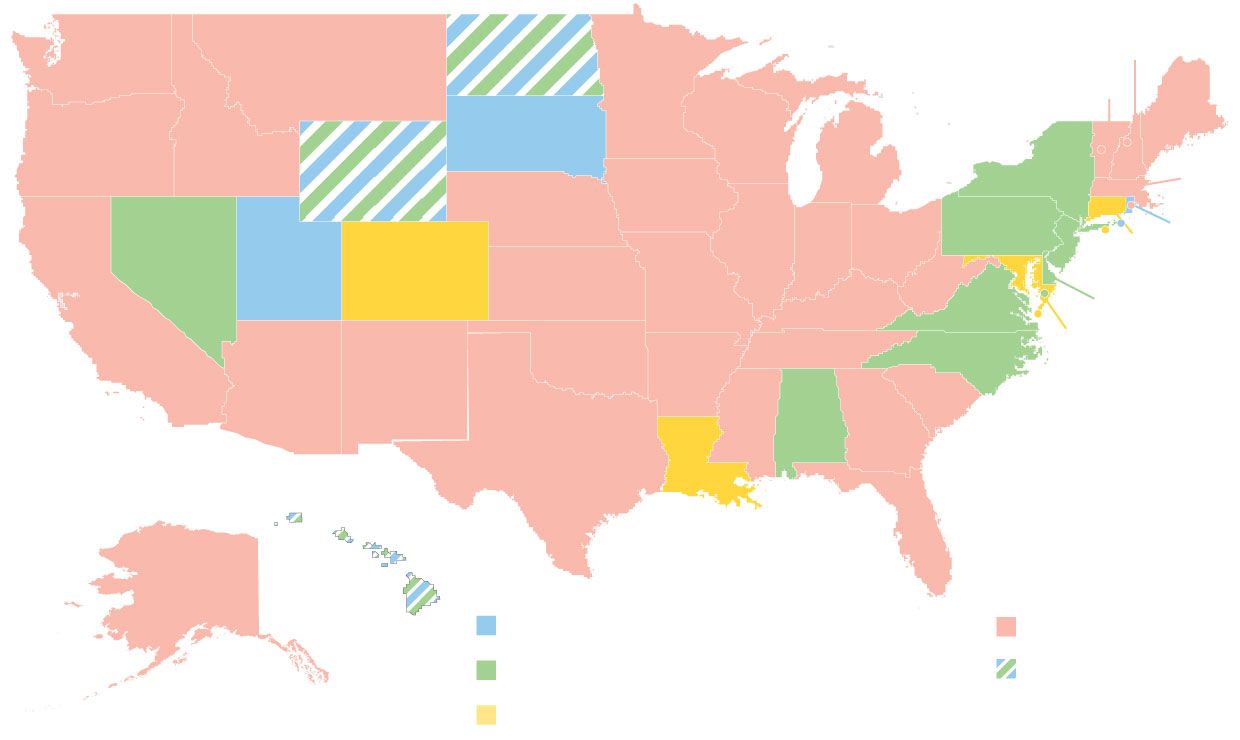 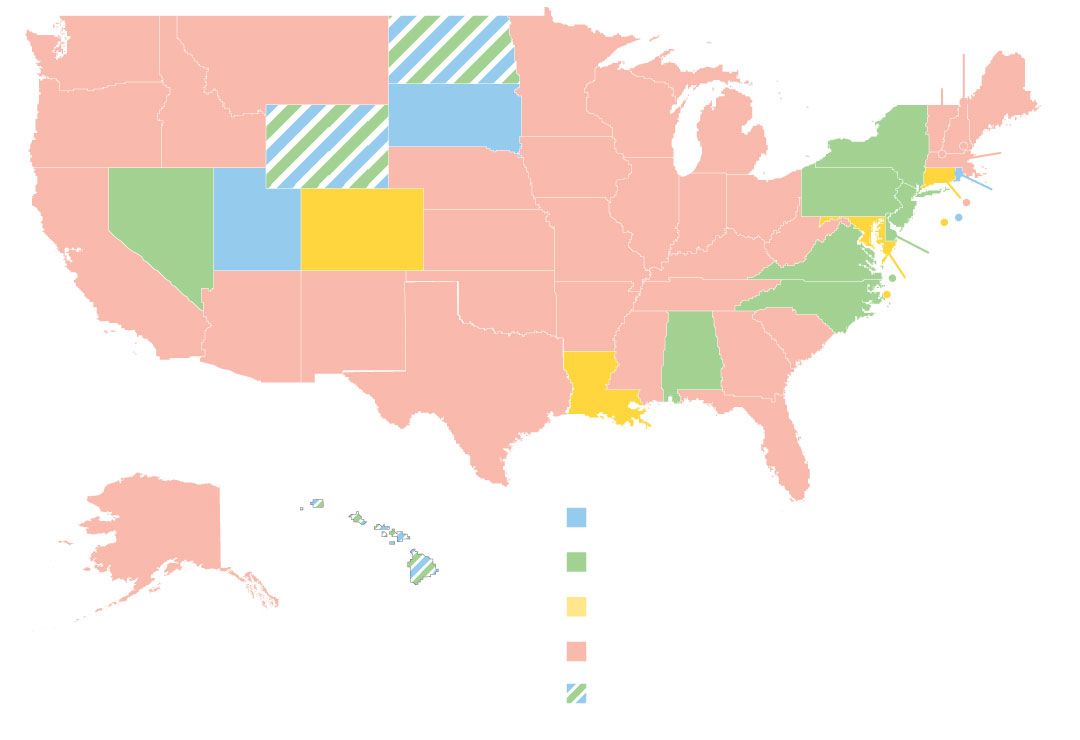 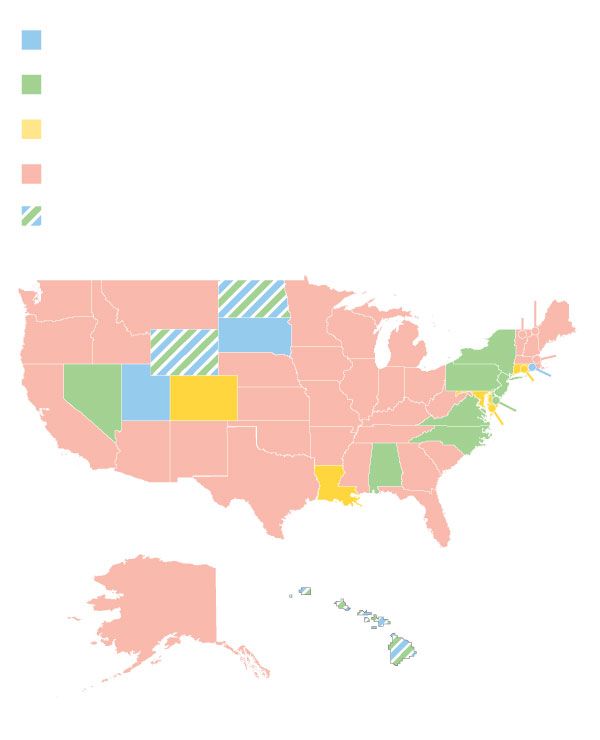 Some state governments also are collaborating to roll out tools they see as a useful addition to a disease-fighting tool kit that includes mask wearing, social distancing and traditional contact tracing through phone calls and other manual outreach.

“You have a lot of cross-border travel,” said Larry Schwartz, who led New York’s app push on the state’s Covid-19 task force. “We have people from New Jersey who work in New York, and vice versa.”

About 1.2 million people have downloaded the NearForm apps across New York, Pennsylvania, New Jersey and Delaware, according to the company and state officials.

In Delaware, about 10% of people who test positive in the state report that they have downloaded its app, said Molly Magarik, Department of Health and Social Services secretary. More than 80% of those users say they accepted a six-digit code that verified their test result and allowed their phone to send notifications to other devices, she said.

Still, some public health experts remain skeptical that the apps will push users to isolate or get tested.

“What evidence do we have that these make a difference?” said James Thomas, a professor of epidemiology at the University of North Carolina at Chapel Hill. “Is it a placebo for us to feel better about what we’re doing—and feel like we have a high-tech response—or does it make a dent in the number of cases we’re seeing?”

In some cases, the lack of evidence is by design, said Joanna Masel, a University of Arizona biology professor who is helping to lead the state’s app pilot program at her school and Northern Arizona University. About 33,000 people have downloaded the app around the university campuses, Ms. Masel said, and those who tested positive for Covid-19 increasingly are entering verification codes on the app. But she declined to provide specific numbers for the latter metric.

“The reason we’re not sharing information is we’re really concerned people will think it’s not private,” she said.

The Arizona project relies on a blueprint unveiled by Google and Apple in May using only Bluetooth-enabled alerts of users’ proximity rather than collecting GPS location data.

Note: Last updated on Negative values are
due to revised figures.

Apple last month rolled out an upgrade that allows iPhone users in participating states, like Colorado, to opt into the network without a dedicated app. The Association of Public Health Laboratories, a trade group, also has partnered with the two companies, as well as

, to develop a central server that stores anonymized verification codes for infected people across the Google-Apple system. Eight states with statewide apps and two with pilot programs have opted in so far, according to the trade group’s website.

Cybersecurity news, analysis and insights from WSJ’s global team of reporters and editors.

“There is much distrust around contact tracing as it is,” said Nancy Nydam, spokeswoman for the Georgia Department of Public Health.

Attempts to use apps stalled in at least two states after they launched GPS-based tools from local developers in the early months of the crisis.

In April, South Dakota adopted the Care19 app built by a developer best known for an app that connects North Dakota State University football fans during the team’s frequent national championship runs. The state hasn’t moved forward with a tool on the Google-Apple system.

Similarly, in Utah, the Healthy Together app disabled its location-tracking feature in July, said Jared Allgood, co-founder of Twenty Holdings Inc., the app’s developer. The company, which previously built an app called Twenty marketed as a tool to help “real friends” meet up in “real life,” remains in talks with Google and Apple to jump to their system, a spokeswoman said.

Healthy Together, which has more than 94,000 users in Utah, has shifted away from trying to track the virus and toward surveying symptoms and relaying test results, Mr. Allgood said.

“We were early,” he added. “For everybody, it was their first pandemic.”

Write to David Uberti at david.uberti@wsj.com